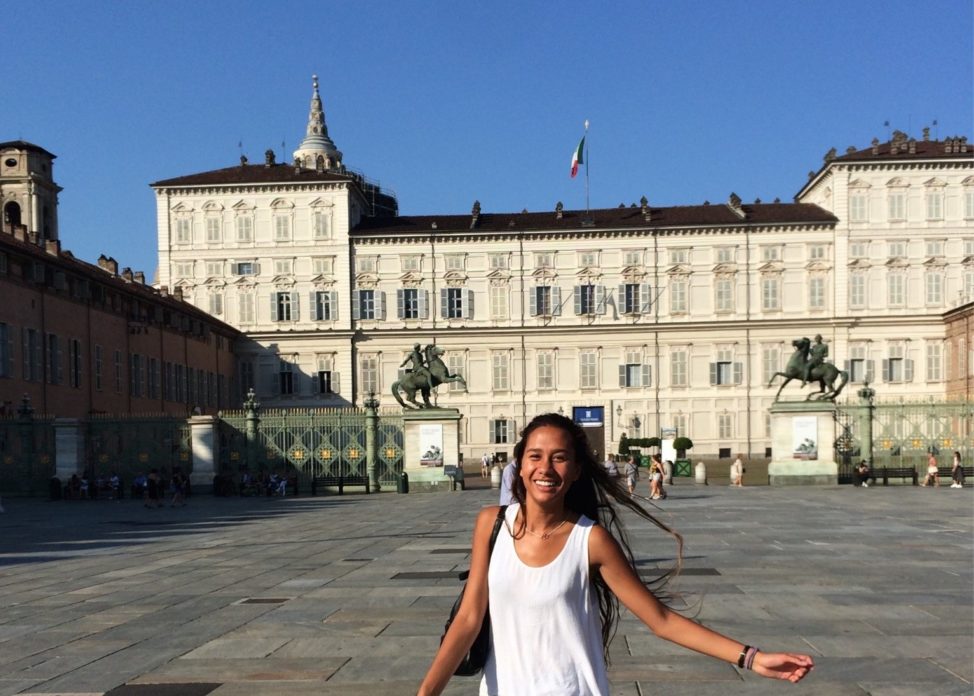 I’ve lived abroad on a few occasions. Each experience has given me stories for a lifetime, but nothing compares to my first week living in Italy as a college student. While technically not my very first trip abroad, it was my first solo trip.  For those of you that have travelled on your own, you know how special, exciting and terrifying (all at the same time) that first trip can be!

In 2016, I set off for Turin, Italy for a year abroad at a business university. All the international students from the US were set up in a hotel for the first two nights for orientation. Orientation consisted of meeting professors, paperwork, how to use the metro, and learning the difference between a macchiato, cappuccino, dopo espresso, and what is appropriate to order depending on the time of day.

Following the last day of orientation, I took a taxi with one of the teachers to an apartment in the downtown area of Torino. Many of the other students lived together near the university or just a few stops away on the metro. I had requested to live with Italian students in the hopes of an immersive experience. As soon as the teacher left, I quickly realized that the Duolingo app only taught me how to say apple and my roommate Martina spoke every Latin language under the sun but English is not a romance language. We managed with hand gestures and Google translate. Martina was one of three others who would be sharing the space. The one roommate who did speak English, Roberto, gave me a two-week grace period but following that, he promised he would “forget how to speak English” for the sake of my learning.

Well, I wanted an immersive experience! 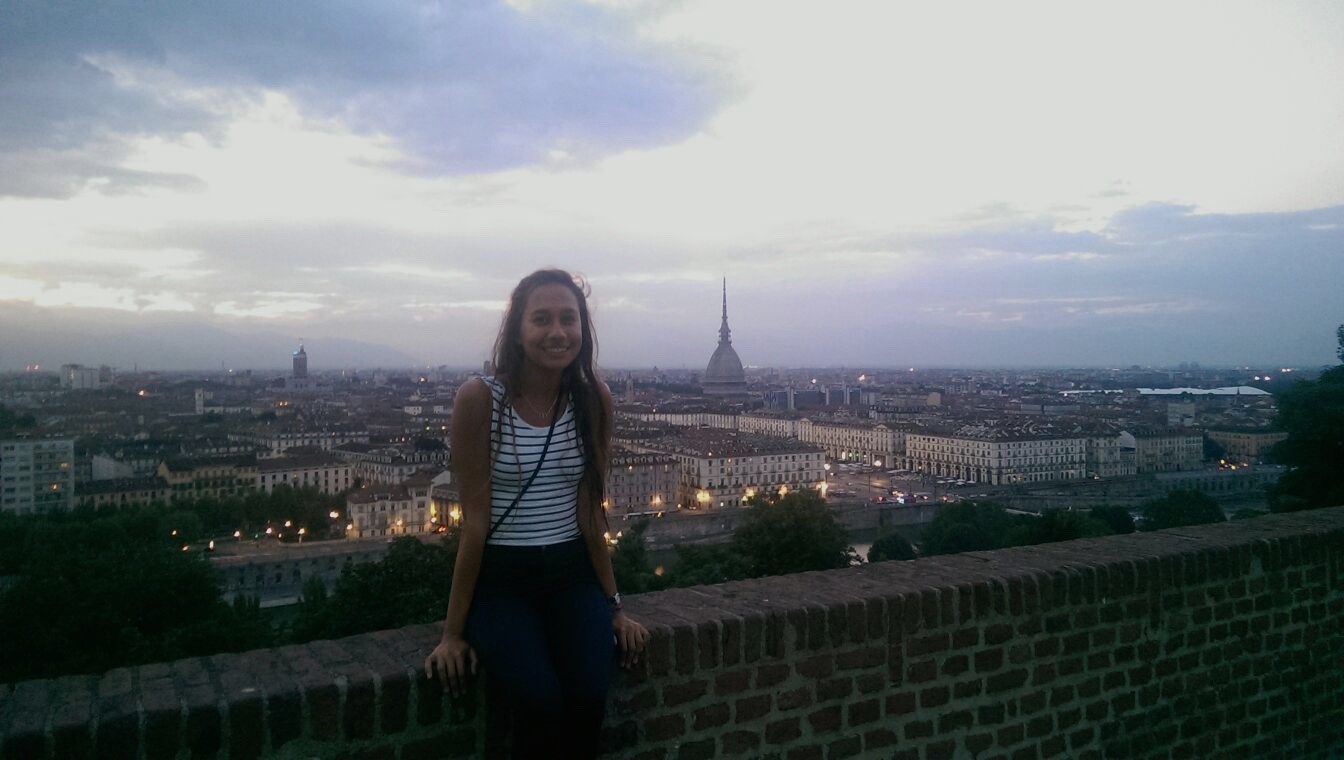 While I had the longest commute to the university, I did appreciate living across the street from the grocery store. After unpacking, I set off for some basic provisions. I asked Martina if she need anything and was thankful that “birra” sounded close enough to beer and the universal sign for alcohol is tipping the shaka hand gesture to your mouth.

I had a short mental list: pasta, tomato sauce, eggs, bread, and whatever produce stuck out. I found everything I needed in roughly 15 minutes except for the eggs. I walked around the perimeter of the entire store, up and down every refrigerated aisle, but nothing. At this point I knew I had to ask someone.

I approached the first vested employee I could find and tried my best to describe an egg without words. I made an ovular circle with my index finger and thumb. They were utterly confused and perhaps (I learned later) slightly insulted that a stranger was indicating “zero” to them. I thought the word for egg began with an “oo” sound, so I tried my best to remember the lesson after apple in Duolingo. The employee led me to the grapes. My brain defaulted to elementary school Spanish colors to describe eggs. Nothing except for an eyebrow raise. I tried to use to modern technology to help but my international phone plan was so slow, I could’ve hatched an egg faster.

At this point I was getting desperate, so I started flapping my arms like a chicken and made clucking noises. This was returned with a blank stare and then the budding fear that someone might call whoever you call in Italy to commit a strange woman impersonating a chicken in a public place. Feeling pretty defeated, I decided to add wine to the grocery haul and thought maybe that is a suitable breakfast food.  Just then, my phone buzzed with a text message. I unlocked it to discover the photo of the egg had finally loaded (and also discovered that I had used up half of my data for the month loading the darn thing)! I half sprinted back to the same employee who was probably contemplating quitting their job at this point and flashed my phone screen in their face. Letting out a sigh of relief and realization, they indicated to follow them. I was led to a non-refrigerated aisle. Eggs in cartons by the dozen.

On my third day in Italy, I learned that “uovo” is egg, “uva” is grape, and in Europe the eggs are not refrigerated because they are not pasteurized. 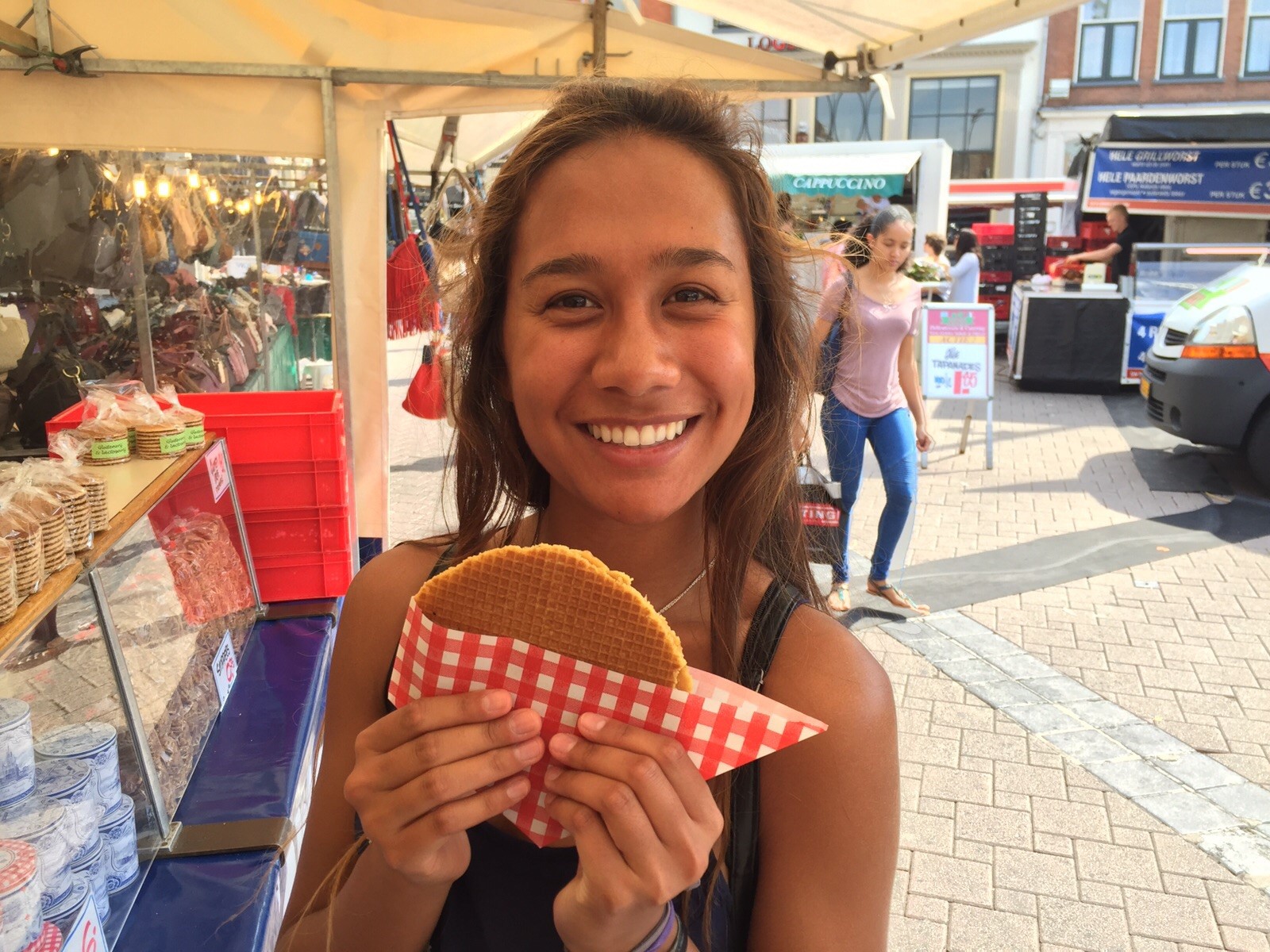 Side trip to The Netherlands; Stroopwafels are my favorite!

My fourth day fell on a Saturday and I could now say apple, grape, and egg. Martina asked if I wanted to go a concert. Concert = concerto…easy. I asked who was playing. She said some Italian band, but I did not know Italian numbers past four, so nothing clicked. We took the metro to one of the last stops on Torino’s single line and started walking to the outdoor venue, giggling all along the way, “talking” through hand gestures and whatever broken Spanish remained from my high school years. The concert was set up under an old bridge with all sorts of booths. After about an hour of roaming around, we met up with Martina’s friends, and made our way to the stage. I could not see a thing but as soon as I heard “Yo listen up, here’s the story. About a little guy that lives in a blue world…” Eiffel 65! EE-FELL SESSANTACINQUE in Italian. My mind was blown. I knew it was going to be a good year full of happy surprises if I continued to say yes and stayed open to any and everything.

(For those of you who don’t know who Eiffel 65 is, here you go.  Warning: Ear worm ahead!)