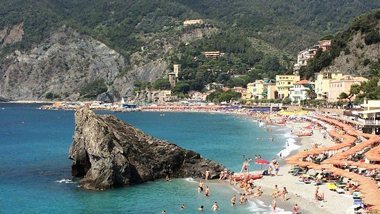 My first trip around the world in 2008 lasted three months. 100 days to be exact. I visited five countries: Australia, Thailand, China, Japan, and Italy (plus Hawaii). I did the trip solo, though a few friends, and family met up with me at points along the way.  The impetus for the trip was what people would now call a “jobbymoon.” I was leaving a job in Atlanta, and relocating back to New York, and the break between gigs provided the perfect opportunity for a travel adventure.

And what an adventure it was! It was truly incredible, and really cemented my passion for travel. When I got home from that trip, people predominantly asked me two questions: What was my favorite place? And what did I learn? 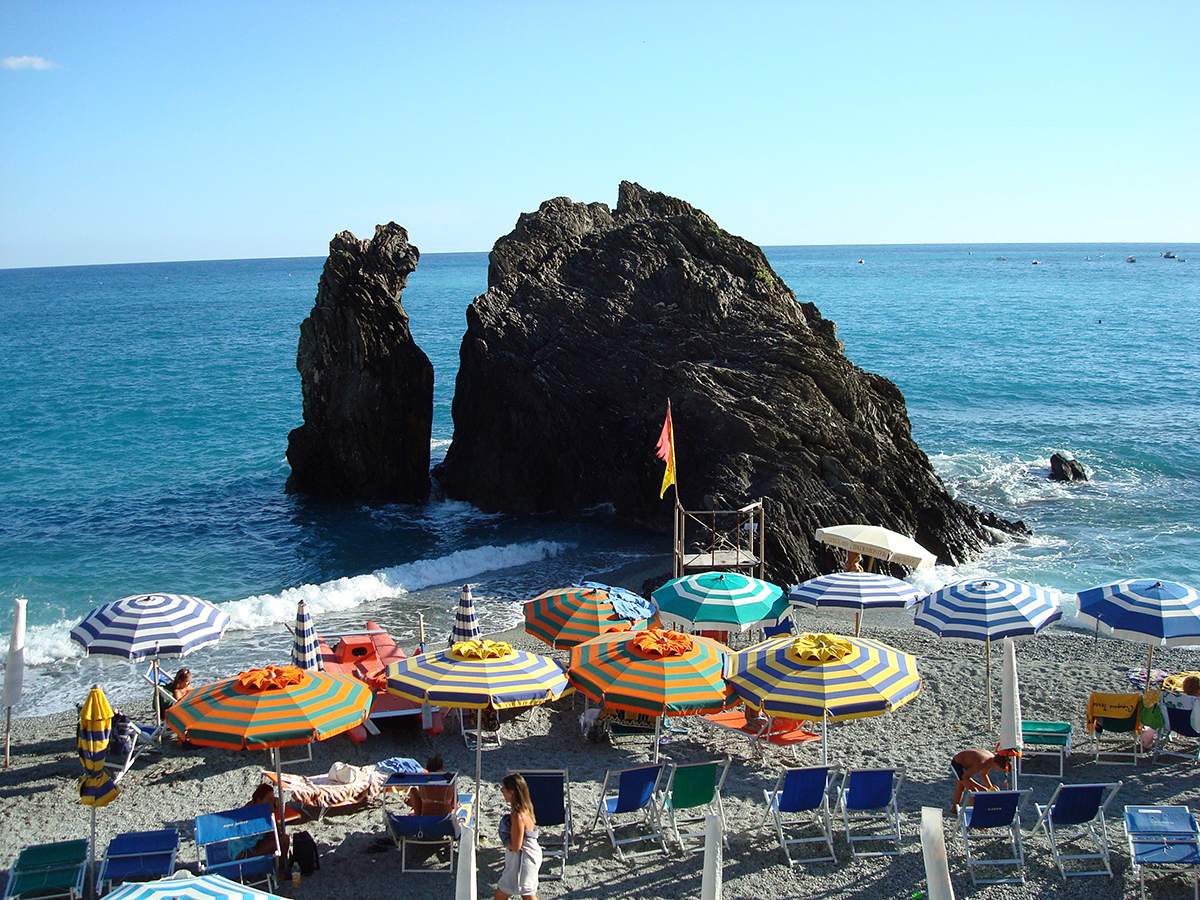 Easy: Italy, and more specifically, Cinque Terre, and even more specifically, Monterosso. Whether or not you recognize the name, I’m sure you would recognize the iconic Instagram shot of Monterosso’s crescent beach with vibrantly colored umbrellas, and a craggy, rocky point at the end. It’s such a charming town with friendly people, and incredible food, which is true of most of Italy, really, but this beachside village stole my heart. (Kyoto and Hong Kong rounded out the top three.)

What Did I Learn?
I learned that people are pretty much the same around the world, and for the most part, folks are nice, and want to help. I also learned that while I really didn’t mind travelling alone, I did miss having a partner-in-crime, someone to turn to when I saw something incredibly beautiful or ate something utterly delicious, or was just having one of those amazing travel moments that makes you want to say, “Oh my goodness, can you believe this?”

Back to the Real World and Love
I returned from the trip, and jumped back into work refreshed and revitalized. I also reconnected with my old New York crew, and entered into the treacherous NYC dating scene. I’ll save you the dating horror stories, and go straight to the happy ending: just one year after relocating back to the city, I met my future husband, who’s also an intrepid traveler.

Long story short, we fell in love, moved in together, got married, and went on some amazing journeys along the way: South Africa, Argentina, Spain, Portugal, Belgium, the Netherlands, Peru… and that was only in the first two years of being together. Our destination list was pages long, and growing all the time. There were not enough vacation days (or dollars in the bank) to take all the trips we dreamed about. So we did what every sane 40-something couple planning for retirement does. We quit our jobs, sold our apartment, and embarked on an epic yearlong trip around the world. Brilliant, right? Our parents totally thought so… 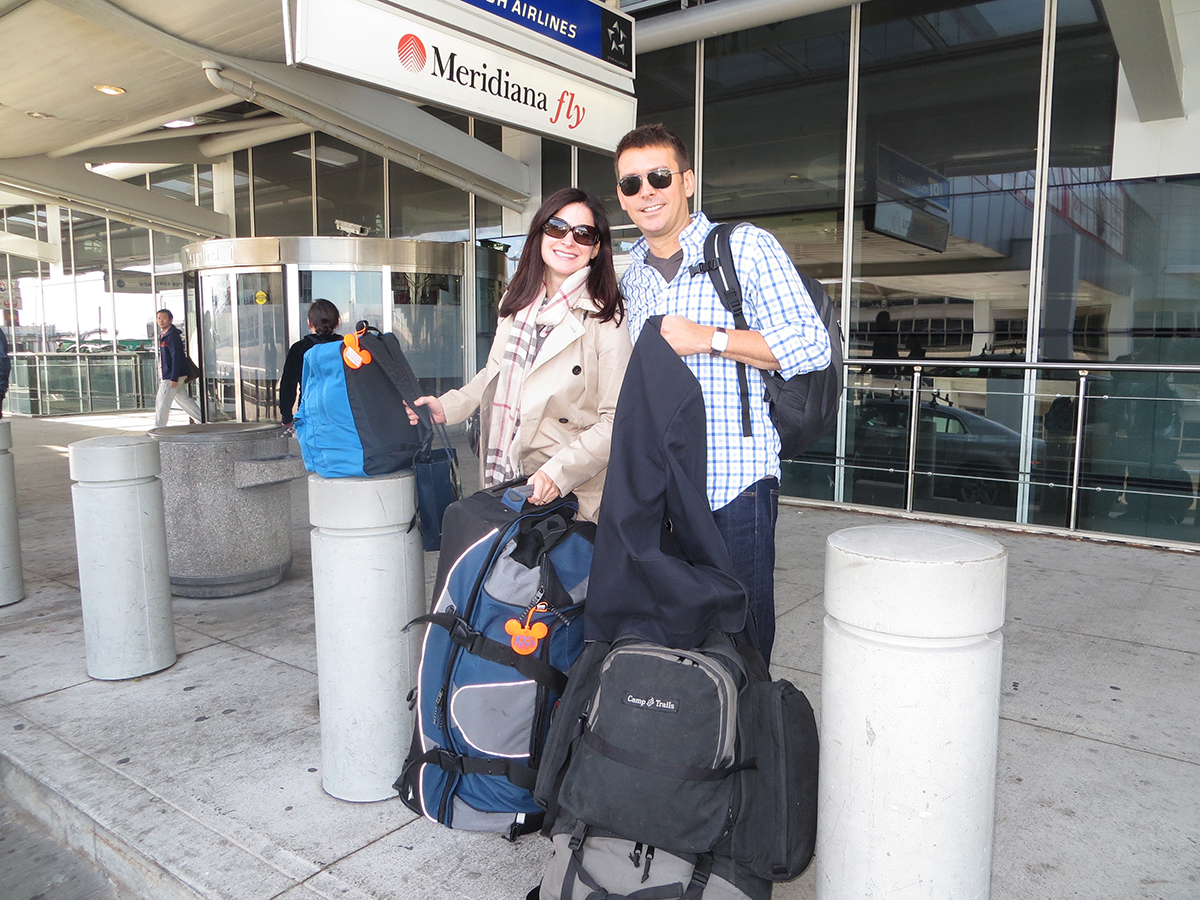 In September of 2013, with all of our possessions in a New Jersey storage unit, we left JFK with just two laptop bags, and two (giant) duffels filled with clothes, and toiletries and antibiotics. We were off! We traveled for 14 months, and visited 42 countries, starting in Japan, and working our way westward around the globe. We chased summer as much as possible, planning about a month ahead, although we did have some events scheduled months in advance. We went through The Far East, SE Asia, Indonesia, Australia and New Zealand, India, Southern Africa, South America, and finally drove around Europe before sailing home across the Atlantic. It was an absolutely incredible journey that I’m happy to recount country-by-country over a bottle of wine or three! Some highlights were seeing the Grand Sumo Finals in Tokyo, zipping on scooters through the streets of Ho Chi Minh City, bathing in the River Ganges in India, running with the bulls in Pamplona, seeing the Palio in Siena, camping in tents in the Okavango Delta in Botswana, seeing Victoria Falls, and Iguazu Falls… I could go on, and on. We spent just one day in Luxembourg, and only one month in Japan; everywhere else fell somewhere in between. We stayed in hotels, rental apartments, tents, and friend’s houses; and we traveled by airplane, car, bus, train, tuk tuk, ferry, dugout canoe, horse, and ship. When we got home in November of 2014, people asked us two questions: What was our favorite place? And what did we learn? Favorite place is nearly impossible to answer. I narrowed it down to four. Spain because it has everything: beautiful beaches, bucolic countryside, vibrant cities, and amazing food. Japan because the culture is simply awesome. New Zealand because it’s like no other place I’ve seen… its natural beauty is absolutely breathtaking. And Botswana. We had an unforgettable adventure in the Okavango Delta. 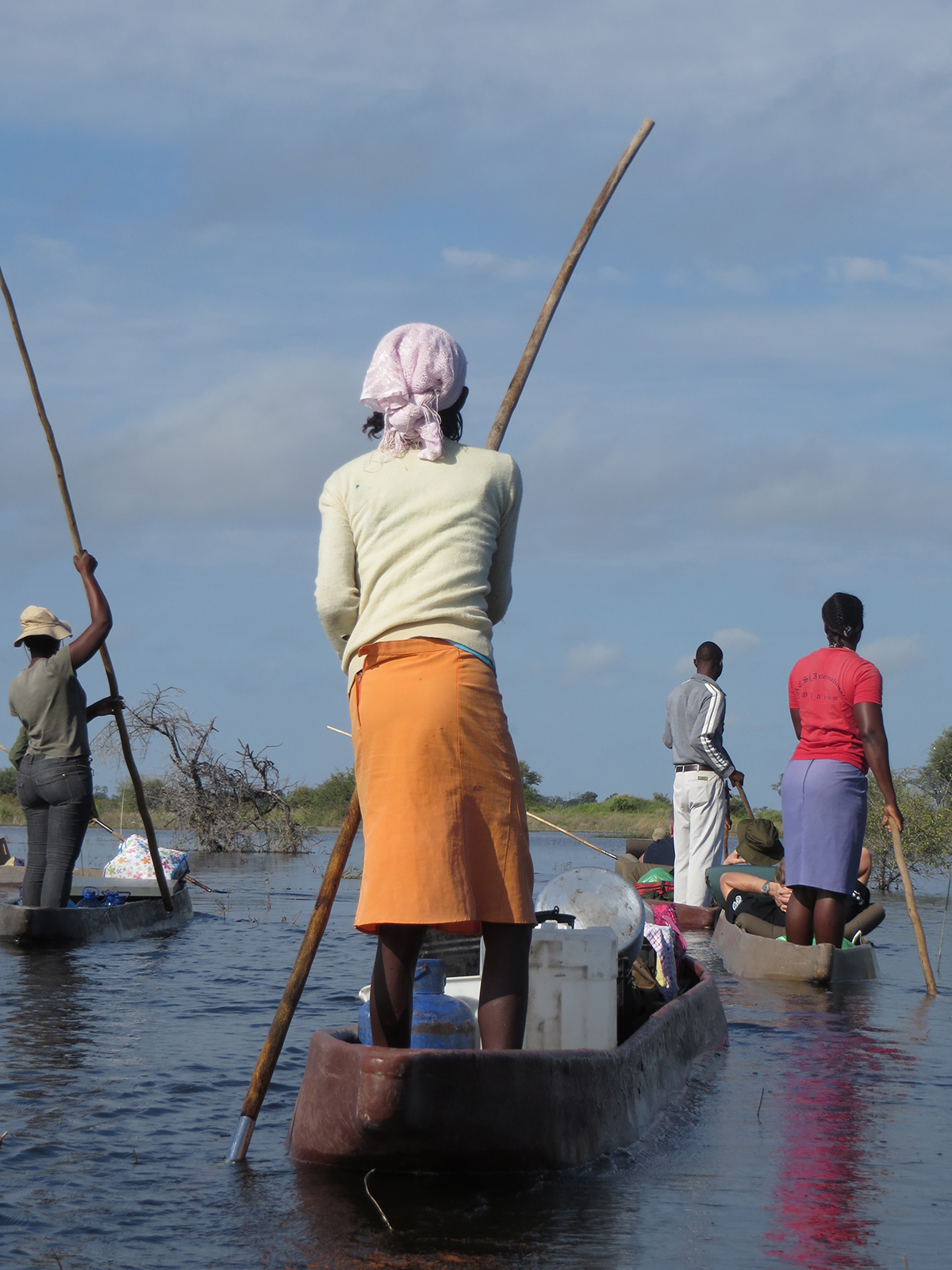 And what did we learn? Funny enough, it was very similar to what I learned on my first trip around the world. Even though we may look different, wear different clothes, speak a different language, practice different religions… people from around the globe are more similar than they are different. We all want to live peacefully, provide for our families, and have a good laugh every once in a while (or more!). 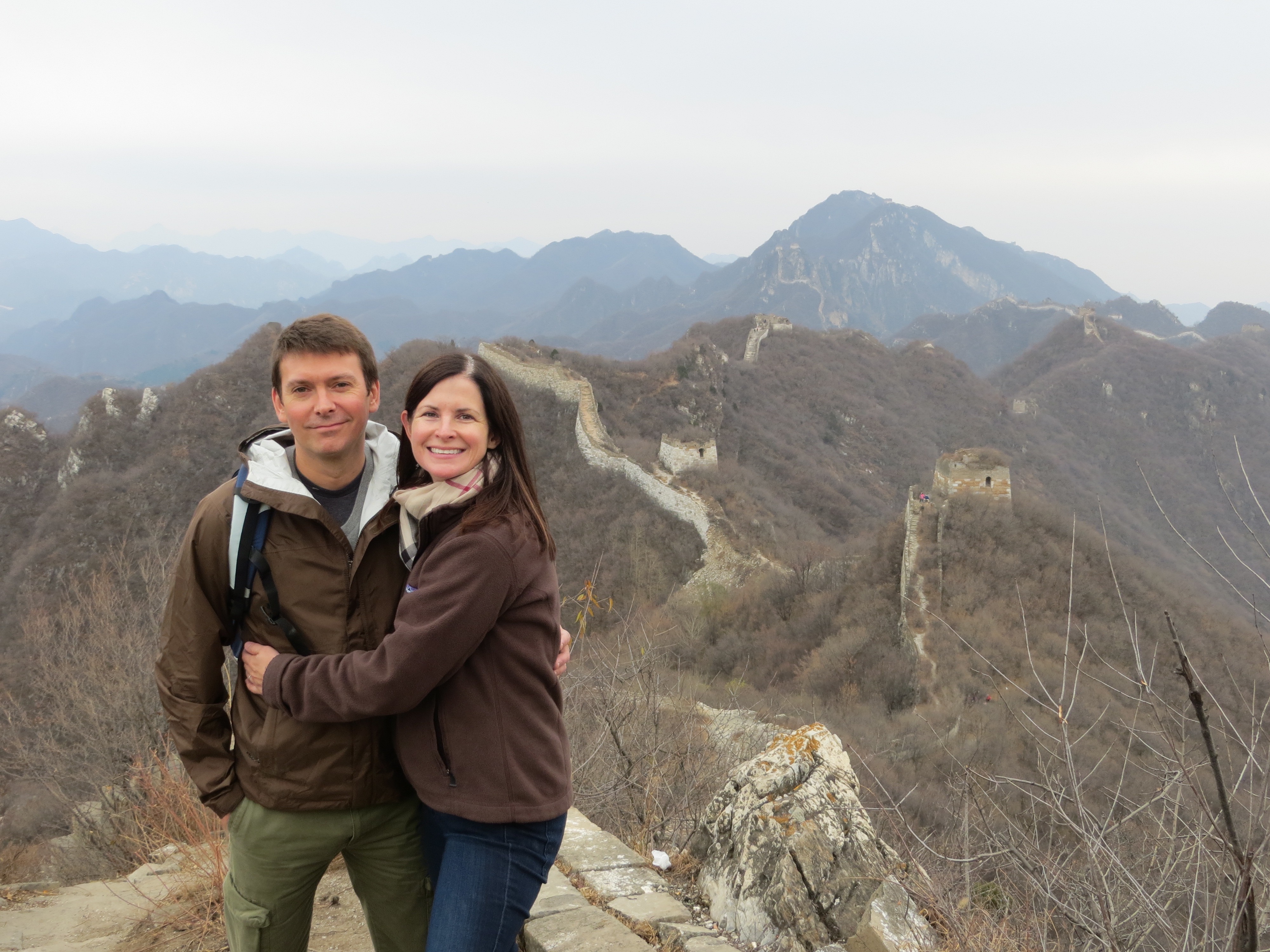 What did you pack? Way too much. We actually sent a bunch of things home along the way. Why did I bring white jeans? A hair dryer was dead weight in my pack.

Did you get sick? We had a few mild colds, one case of flea-bitten legs, and one bad bout of food poisoning in Myanmar. And while not classified as technically “sick,” my husband lost a tooth on the Great Wall of China. We’ll need more wine for that story.

How much did it cost? It wasn’t cheap, but probably less than you think. And it was worth every penny.

Would you do it again? In a New York minute. 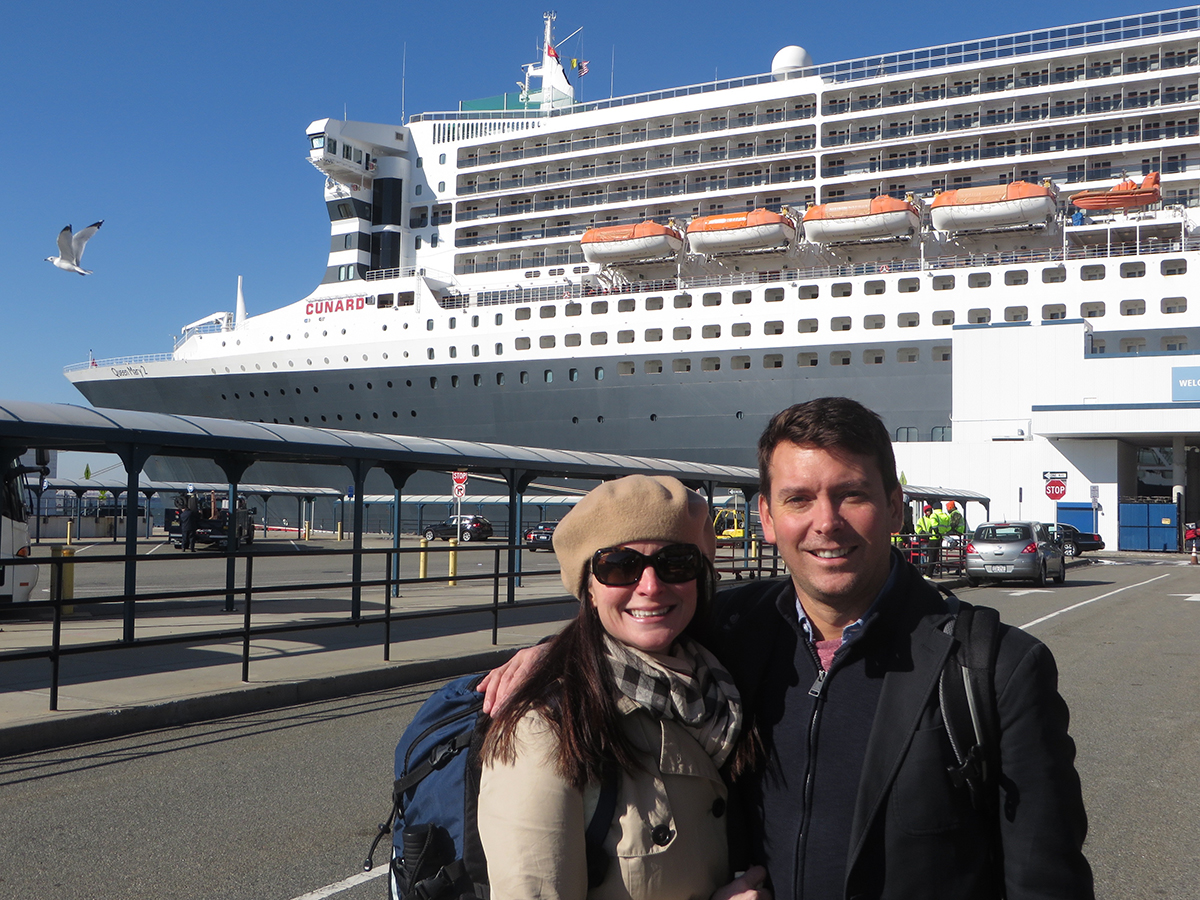 Amy’s story is just one in CIRE Travel’s office of seasoned travelers. Whether your dream is an extended stay in one or a few countries or trek across many, you have the benefit of real-world experience, and tips with CIRE.

Ready to travel the world?